The NFL® makes billions of dollars annually and some players are sacrificing their long-term health and livelihoods for the profitability of the game. Our firm has been involved with the concussion litigation from the beginning, fighting for the rights of our clients. 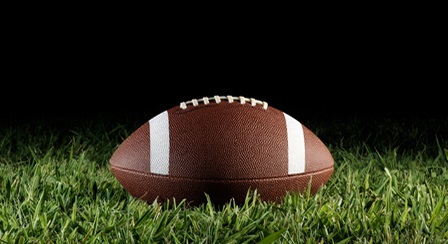 NFL Settlement could award a former player up to
$5 million

Federal District Court Judge Anita Brody approved an NFL concussion settlement which could award individual players with certain neurological disorders up to $5 million. In a New York Times article, Judge Brody called the NFL lawsuit settlement “fair and reasonable.” Player’s with serious cognitive impairments such as amyotrophic lateral sclerosis (ALS), also known as Lou Gehrig’s Disease, Parkinson’s Disease, and Alzheimer’s Disease stand to be awarded the most money based on age and amount of service time in the NFL.

Side Effects of Repeated NFL Concussions

A recent study conducted at Boston University’s Center for the Study of Traumatic Encephalopathy discovered evidence that a condition called chronic traumatic encephalopathy (CTE), a severe degenerative brain disease, had been found in the brains of 59 of 62 deceased former NFL® players. Their cases shared a common thread: repeated concussions, sub-concussive blows to the head, or both, according to the study. CTE is characterized by a progressive deterioration in mental capabilities. It begins with mild memory loss and lessened concentration, and can progress towards symptoms of Parkinson’s disease to full‐blown dementia and speech abnormalities …Read More

Other serious cognitive impairments that have been linked to repeated concussions include ALS, Alzheimer’s disease, and dementia. If you or a loved one suffered head injuries while playing in the NFL, please contact our firm now, we may be able to help.

DID YOU OR A LOVED ONE SUFFER SERIOUS SIDE EFFECTS AFTER

Playing in the NFL?

Former National Football League (NFL) players who played in the league and suffer from certain neurological disorders due to concussions may be eligible for compensation under the recent settlement agreement. The actual diagnosed injury, age of the player, and amount of service time in the NFL are all factors that will be taken into account when calculating a player’s monetary award of damages. The agreement states that it will last for the next 65 years so former players who may be diagnosed in the future might still be eligible to be awarded damages.

Why Hire a Lawyer to Help with Your NFL Settlement?

The NFL concussion settlement could result in a wide range of payouts to former players. Hiring our attorneys could help maximize the amount of money you receive from the league. While you may have been advised that you do not need an attorney, please be aware that mishandling any part of your claim may result in a significantly reduced payout or even a complete denial. Our experienced staff can help you:

Our attorneys want to help you get what you deserve from the NFL, contact us today!

Kyros Law Group is dedicated to those who have been affected by Head Injuries from playing in the NFL. If you or a loved one has suffered serious injuries, then call us immediately at 1-800-848-8545. You will get a FREE & IMMEDIATE consult regarding your potential NFL Head Injury claim. You may be entitled to compensation, but do not delay. Your time to file a claim may be limited.