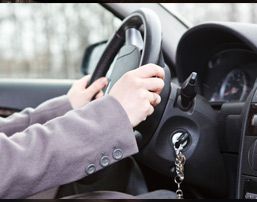 GM has already paid out $280 million to victims’ families

According to a recent article in the Detroit Free Press GM has already paid out $280 million in compensation to victims’ families through July 2015 and has set aside $625 million to settle other cases where a GM faulty ignition switch caused the accident which led to the injuries. In the current cases filed where there was a fatality, the victim’s family will receive at least $1 million. That amount could rise based on other factors such as the victim’s age, profession and salary, and whether they were a parent.

Faulty ignition switches installed in a number of different GM model cars have been linked to dozens of fatal traffic accidents. The faulty ignition switch can cause the ignition to slip out of position and shut off power to the automobile. The lack of power in the car will cause the airbags not to deploy should there be a collision. This exact scenario has led to multiple fatalities and hundreds, if not thousands, of injuries.

General Motors (GM) designs, builds, and sells cars, trucks, and automobile parts all over the world. The company also deals in financing for the purchase of its vehicles. GM’s brands include: Chevrolet, Buick, GMC, and Cadillac.