The maker of Actos® is offering $2.3 Billion to settle claims stating that the company hid the drug’s cancer risk from patients. This settlement would be one of the largest in US history for patients suffering from bad drugs or devices. If you took Actos and developed bladder cancer, call our firm now. 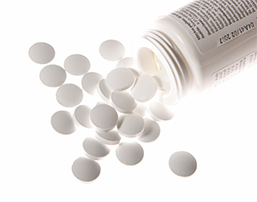 FDA Warns of Actos Use and Risk of Bladder Cancer

The U.S. Food and Drug Administration (FDA) has stated that use of the diabetes medication Actos® (pioglitazone) for more than one year, or in higher cumulative doses is associated with an increased risk of bladder cancer. The FDA is also aware of a study conducted in France that suggests an increased risk of bladder cancer with Actos®. Based on the results of that study, France has suspended the use of Actos®, and Germany has suggested that new patients not be started on Actos®. If you or a loved one has taken Actos and was later diagnosed with bladder cancer, please call our firm.

The settlement offer from Takeda Pharmaceutical Co., the makers of Actos, would cover more than 8,000 lawsuits filed around the country, resulting in an average settlement of more than $296,000 per case. Many cases could settle for a much higher amount.

Eligible for an Actos Lawsuit?

Kyros Law Group is dedicated to those who have been affected by Actos. If you or a loved one has suffered serious injuries due to Actos, then call us immediately at 1-800-884-6335. You will get a FREE & IMMEDIATE consult regarding your potential Actos claim. You may be entitled to compensation, but do not delay. Your time to file a claim may be limited.