Xarelto lawsuits are claiming that the makers of Xarelto failed to properly test the product, failed to warn of the risk of uncontrollable bleeding resulting from the use of Xarelto, and failed to divulge that there is no antidote for Xarelto. Adverse events caused by Xarelto use have now surpassed those caused by competing blood thinner Pradaxa and are increasing steadily. 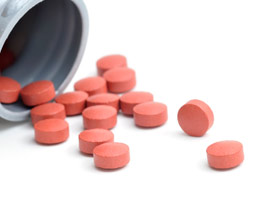 Xarelto and the Risk of Uncontrollable Bleeding

One of the most dangerous side effects for those taking Xarelto is uncontrollable bleeding. According to the Institute for Safe Medication Practices, anticoagulants, which include Xarelto, rank among the highest risk of all outpatient drug treatments. In January 2014, the FDA required that Xarelto add warnings of an increased risk of bleeding or blood loss. Adding to the problem is the fact that there is no antidote for Xarelto which means that should a bleeding event occur, it will be difficult to stop.

In May of 2014 The New York Times reported that Boehringer Ingelheim, the makers of the blood thinner Pradaxa, agreed to pay over $650 million to settle thousands of claims against the company for injuries sustained due to the use of the blood thinner. Our Xarelto attorneys were instrumental in helping reach this settlement and are preparing to bring a similar action against Bayer Healthcare AG and Janssen Pharmaceuticals, the manufacturers of Xarelto.

FDA Involved in Multiple Additions to Xarelto Warnings and Precautions

In 2011, the Food & Drug Administration (FDA) approved Xarelto for use in patients with atrial fibrillation to help prevent stroke. However, it was released with a black box warning. A black box warning is the FDA’s strongest warning. The warning advises patients that Xarelto can increase the risk of stroke if people stop taking it without medical supervision.

In January and February of 2014, the FDA required the makers of the blood thinner Xarelto to add additional warnings and precautions. The additional warnings included notice of the lack of an antidote for Xarelto, avoiding use with other specific drugs, safety in use by patients with prosthetic heart valves, and further risks of bleeding.

Xarelto is manufactured by Bayer HealthCare AG, and is marketed by Janssen, a pharmaceutical subsidiary of Johnson & Johnson. Xarelto was first approved by the FDA in July 2011. Xarelto, an oral anticoagulant, is gaining market share and replacing warfarin (Coumadin) and enoxaprin (Lovenox) to reduce post-operative risk of pulmonary and venous thromboembolism.

According to Bloomberg Business News, Bayer’s recent second quarter 2015 earnings beat forecaster’s estimates due in part to its sales of Xarelto. In the second quarter of 2015 alone, sales of Xarelto improved 43 percent to over $600 million. Net profit for the company as a whole was over $1.2 billion for the quarter. Bayer Healthcare AG continues to seek further approval from the FDA for Xarelto blood thinner use other than those related to atrial fibrillation.

Eligible for a Xarelto Lawsuit?

Kyros Law Group is dedicated to those who have been affected by Xarelto. If you or a loved one has suffered serious injuries due to Xarelto, then call us immediately at 1-800-884-6335. You will get a FREE & IMMEDIATE consult regarding your potential Xarelto lawsuit claim. You may be entitled to compensation, but do not delay. Your time to file a claim may be limited.