Harley-Davidson is recalling 66,421 of their 2014 Touring and CVO Touring model motorcycles. The company is warning that these motorcycles’ front wheels can suddenly lock up without notice. The recall applies to bikes with anti-lock brakes made between July 1, 2013, and May 7, 2014 on their Touring and CVO Touring models. If you or a loved one has been injured by one of these model bikes, please call our firm. 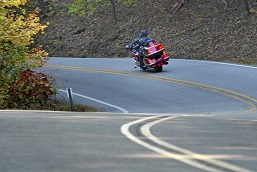 Harley- Davidson warns that the anti-lock brake equipped Touring model’s front wheel can lock up without warning. The problem occurs when the brake line is pinched between the fuel tank and the frame, resulting in increased fluid pressure within the brake line. This increasing pressure raises the risk of front wheel locking. If you or a loved one has suffered an injury riding one of the Touring or CVO Touring 2014 model bikes and were injured because the front wheel locked up, you may be entitled to compensation.

In July of 2014 Harley-Davidson issued a recall for over 66,000 of its anti-lock braking system equipped Touring and CVO Touring 2014 model motorcycles. These bikes may have been manufactured with the front brake line positioned so that it can be pinched between the fuel tank and the frame of the bike. The pinched line could increase the brake fluid pressure and cause the front wheel to lock. View article source.

Harley-Davidson is an American company which designs, manufactures, and distributes motorcycles. The company is headquartered in Milwaukee, Wisconsin, but delivers its motorcycles and parts all over the world.

Eligible for a Harley-Davidson Lawsuit?