Acetaminophen, the main ingredient in Tylenol, can cause serious liver injury. Serious problems such as acute liver failure and even death from liver failure have been linked to Tylenol use. If you or a loved one has taken Tylenol® and suffered a liver injury or death associated with liver failure, you may be entitled to compensation. 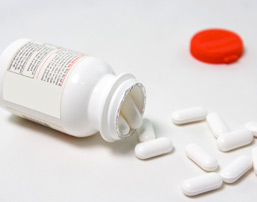 If you or a loved one has taken Tylenol and experienced any of the following, please contact our firm:

In January of 2011, the Food and Drug Administration (FDA) announced that all prescription products containing acetaminophen would be required to carry a boxed warning. Boxed warnings are the FDA’s strongest warning for prescription drug products, used for calling attention to serious or life-threatening risks. The FDA is still receiving reports of severe liver injuries from the use of products containing acetaminophen despite the increased warnings. The FDA has required that Tylenol® change dosage labeling to include information about the potential for liver damage. The FDA has also asked all makers of prescription products that contain acetaminophen to limit the amount of the drug to 325 milligrams per capsule or tablet.

Tylenol is manufactured by McNeil Consumer Healthcare, a subsidiary of pharmaceutical giant Johnson & Johnson. Acetaminophen, the pain relieving ingredient in Tylenol, is used in many over the counter drugs and is popular because it helps relieve a number of aches and pains and can be easier on the stomach than other pain relievers. Problems can occur if people are unknowingly using multiple products which contain acetaminophen as this can lead to an overdose and serious liver problems.

Eligible for a Tylenol Lawsuit?

Kyros Law Group is dedicated to those who have been affected by Tylenol. If you or a loved one has suffered serious injuries due to Tylenol, then call us immediately at 1-800-884-6335. You will get a FREE & IMMEDIATE consult regarding your potential Tylenol claim. You may be entitled to compensation, so do not delay. Your time to file a claim may be limited.