The FDA found women taking Yaz or Yasmin had an increased risk for blood clots compared to those taking other birth control pills. The manufacturer of Yaz and Yasmin is currently settling cases for our clients, but there is no guarantee how long this will continue. If you don’t act quickly, you risk losing the opportunity to receive just compensation. 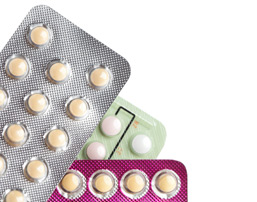 Yaz/Yasmin and the Risk of Blood Clots

Reports from the U.S. Food and Drug Administration have stated that birth control pills like Yaz®, Yasmin®, and Ocella® (the generic version of Yasmin®), which contain the hormone drospirenone, are linked to a higher risk of blood clots. These blood clots can be extremely dangerous as they can break away and lodge in the brain which can lead to stroke. They can also become lodged in the heart and cause a heart attack. A study conducted by the FDA found that women taking Yasmin® were 75% more likely to suffer a blood clot than women taking birth control pills that did not contain drospirenone. If you or a loved one have taken any of these drugs and suffered similar side effects please call our firm.

Bayer, the maker of Yaz, agreed to establish a settlement program for plaintiffs who claim to have suffered from arterial blood clots as a result of taking the birth control pill.…Read more.

The Boston Globe reported that an advisory committee to the FDA said the warning on the label of Yaz® should be strengthened to include more information about higher risks of blood clots while taking the pill. The FDA also ordered Bayer to run a television advertising campaign admitting that it overstated the drug’s ability to prevent acne and some symptoms of premenstrual syndrome.

Yaz®, manufactured by Bayer Healthcare Pharmaceuticals, is a birth control pill that had sales of nearly $2 billion a year after it was first released in 2006. By 2008 Yaz had grown into the best-selling birth control pill in the United States. The pill was immensely popular due to its huge advertising budget and claims that along with being a contraceptive, it could also clear up hormonal side effects such as acne and bloating. However, since then, prescriptions have fallen by as much as 80% due to concerns about the drug’s safety. The FDA also ordered Bayer to run a television advertising campaign admitting that it overstated the drug’s ability to prevent acne and some symptoms of premenstrual syndrome.

Eligible for a Yaz or Yasmin Lawsuit?

Kyros Law Group is dedicated to those who have been affected by Yaz and Yasmin. If you or a loved one has suffered serious injuries due to Yaz or Yasmin, then call us immediately at 1-800-884-6335. You will get a FREE & IMMEDIATE consult regarding your potential Yaz or Yasmin lawsuit claim. You may be entitled to compensation, but do not delay. Your time to file a claim may be limited.